Yesterday the team had a great final day on site. Despite the rain in morning they managed a bit more building followed by some very emotional goodbyes later in the afternoon...

The girls were sad to be leaving the school, but no doubt they'll love the next stage!

An emotive update from Fanette and Claudia...

We started the day as normal, working hard. However we retreated into a classroom as it was raining outside. We all were in one class room and it was nice to work with a smaller number of children. We handed out colouring books and some of the older boys played with the ball inside, sometimes hitting some of the younger children sitting at the tables. This made us realize how small the classrooms are and we found it hard to believe that 60 children where taught in the same classroom and how much of a difference having a new classroom could make.

After the rain had finished we went outside to help on the building site mixing our last pile of cement. Some of the students from Hamlee 19 proved that they could mix cement faster than us despite being younger than us. Whilst we were passing the cement we started singing songs such as London's burning and some songs from the sound of music. It was nice to see some of the children joining in the singing. 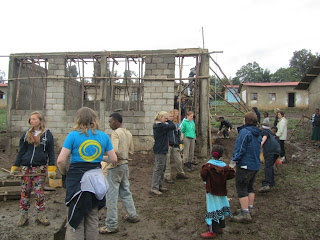 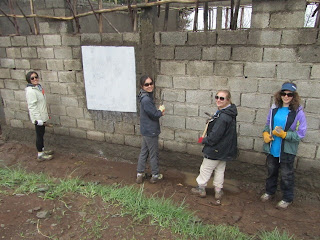 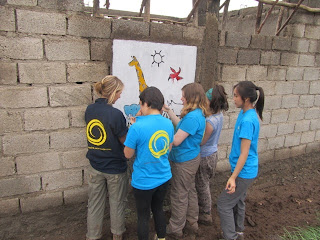 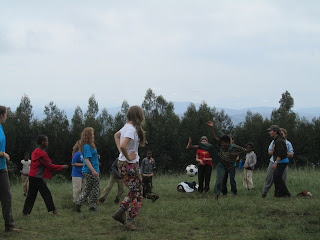 After the football match, we headed back to the hotel for a quick break before returning to the school for the goodbye ceremony. We handed out T-shirts and things we wanted to leave behind for the children and it was quite amazing to see the children being so excited by the donations. There were lots of good speeches from both Headington and Hamle staff and students, and there were some singing and dancing performances as well.

We then went to the building site to take group photos with the children. Goodbye was more difficult than imagined and it was rather amazing how we bonded with the children just over a period of five days. Teary goodbyes were sweet as we exchanged hugs and kisses.

Dinner was fabulous as the school had cooked a lamb specially to thank us for our contribution to the school and for interacting with the children for the last few days. It was nice to have everyone sitting together and chatting about the experiences and special moments we had at the school. 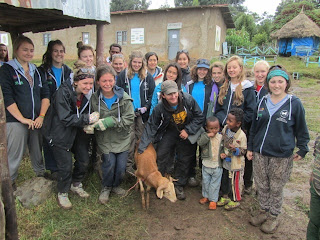 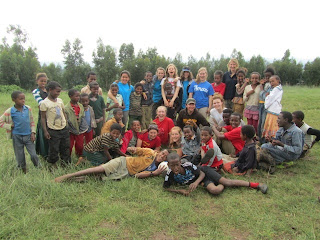 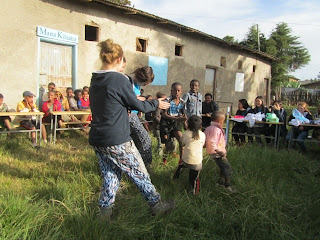 Today marks the end of the few days of us helping out at Hamle School and spending time with the children but we are sure that we will be able to find a way to help the less fortunate even after we have left the school.

By Fanette and Claudia
Posted by Inspire Worldwide at 03:00